Denmark will gas to death and then burn up to 17m mink in the next few days as scientists debate the threat of a coronavirus strain that could be passed from humans to the animals and back again.

Covid-19 is thought to have originated in bats and then jumped to humans in China late last year, perhaps via an intermediate animal such as a pangolin.

Now Danish authorities are sounding the alarm, because a mutated version of the virus which was passed from humans to mink seems to have been transmitted back to several people in northern Denmark and the new strain could be more resistant to potential vaccines.

Christian Sonne, a professor at Aarhus University and expert in veterinary ecotoxicology, said the family of mammals that includes mink, ferrets and badgers — known as mustelids — were “ticking bombs”. They appear more susceptible to Covid-19 than most other animals but opinion is divided over just how dangerous the mutated form of the virus could be.

Denmark is the world’s largest producer of mink, farmed for their valuable fur. The dramatic cull of its entire mink population means the industry will in effect be closed down in the Scandinavian country for the next few years and, if animal rights activists get their way, for ever.

Danish authorities are offering financial inducements to farmers to kill the mink quickly and have drafted in the police and military to help. The usual facility for burning dead mink is operating at full capacity so authorities have made arrangements with other incineration plants.

The worst-case scenario is a new pandemic starting again, this time from Denmark

Denmark first realised that a strain of coronavirus had come from mink in June after an outbreak of the disease at a care home. But particular concern is centred around a group of four mutations that has so far been found in 12 people in the north of the country, where several towns are now in effect under lockdown.

The mutations affect the spike protein, which helps the virus bind to human cells. The spike protein is also one of the main targets of potential vaccines against Covid-19.

Danish state epidemiologists found that the mutated strain from mink was less susceptible to antibodies because of the changes in the spike protein. “This is worrying as it could affect the effectiveness of a future Covid-19 vaccine,” they said in a risk evaluation given to the government in Copenhagen. It could mean people infected by that particular strain would have lower immunity, imperilling the idea of “herd immunity” for society as a whole.

Other experts are more sanguine, for now at least. Ian Jones, professor of virology at the University of Reading, said: “The idea that the virus mutates in a new species is not surprising as it must adapt to be able to use mink receptors to enter cells and so will modify the spike protein to enable this to happen efficiently.”

There have been dozens of reports of household pets being infected with Sars-Cov-2, the virus that causes Covid-19. Cats seem more susceptible than dogs, but neither are comparable to mink, which have been heavily infected not just in Denmark.

The Netherlands launched a widespread cull of mink earlier this year after seeing similar transmission of the virus from animals to humans.

Wim van der Poel, a Dutch veterinarian who is an expert on zoonotic diseases that spread from animals to humans, said the crucial question would be whether the mutated strain of the virus was more virulent in humans. Danish authorities have said that so far the strain seen in Denmark does not appear to be more dangerous to humans.

Prof van der Poel said: “What we see in mink is that the mutation rate is a little bit higher than we see in humans. Since you have so many animals in these farms the risk of mutations is higher so the risk that the virus could be more virulent is also higher. If you have a continuing circulation in mink there’s a higher risk that it would spread back to humans again.” 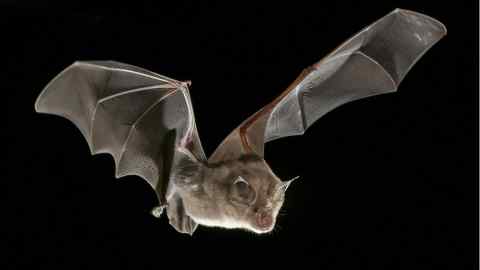 James Wood, head of veterinary medicine at the University of Cambridge, said: “The true implication of the changes in the spike protein have not yet been evaluated by the international scientific community and are thus unclear. It is too early to say that the change will cause either vaccines or immunity to fail.”

Animal rights activists have welcomed the culls as in effect ending part of the fur trade in these countries. But mink farmers in Denmark were in shock. Tage Pedersen, head of a breeders’ association, told Danish broadcaster DR: “Once a mink breeder, always a mink breeder. Most people don’t retire as mink breeders, they die as mink breeders.”

On Friday the UK took Denmark off its coronavirus travel corridor list, forcing people arriving from the country to self-isolate for 14 days. Grant Shapps, transport secretary, gave the Danish mink outbreak as the reason for the decision.

For Prof Sonne, who had previously called for the mink industry to be banned worldwide, the incident is a reminder that human behaviour has transformed ecosystems — making it more likely that animal diseases will thrive and potentially be passed to humans. “This is the beginning and far from the end,” he added.

With Ant's IPO on hold, China calls for fintech regulation

With Ant's IPO on hold, China calls for fintech regulation