The Versatility of Radar-on-Chip Systems: ADAS, Health-Monitoring, and More

A decade ago, it was tough to imagine that self-driving cars were something feasible in the near future. We owe many autonomous driving advancements to technologies such as radar, which are creating a revolution in the automotive industry.

But radar is a versatile technology with use cases beyond the automotive industry. For instance, advancements in radar systems can actively monitor the health of patients without embedding devices into the human body. These devices also abate privacy concerns while ensuring a fast response in case of an emergency.

What Is a Radar-on-Chip?

Traditionally, the use of radars was limited to military purposes. However, with advances in the fabrication of semiconductor technologies (CMOS, BiCMOS), it has become possible to manufacture radar-on-chip.

Nowadays, radar-on-chip is abundantly present in the consumer market. The radar signals can both “see” objects behind walls kilometers away and create images of the inside of the human body.

The first generation of radar-on-chip included a low-noise amplifier (LNA), a double-balanced resistive mixer, a voltage-controlled oscillator (VCO), and an active balun buffer amplifier. In the figure below, the chipset uses a quadrature receiver architecture.

How to make an ender chest in Minecraft

Since then, various architectures have been proposed, developed, and commercialized to create fully-integrated radar sensor chips.

A modern radar has all the key circuitry integrated onto a single chip or PCB. Due to the small feature size, various consumer applications can be deployed on a single chip using sophisticated embedded signal processing and control circuits.

Compared to camera-based technologies, radar systems can easily obtain a target’s range, speed, and angle without being affected by weather extremes. This has altogether enabled the mass use of radars in autonomous cars, healthcare monitoring devices, and IoT applications. 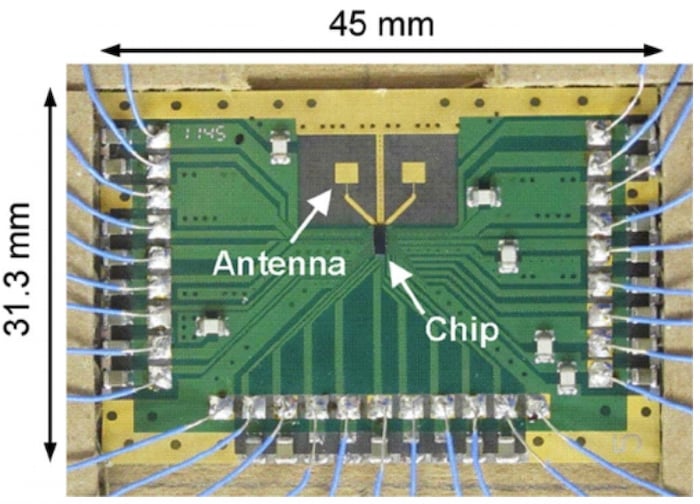 Radar systems can be classified into two categories, depending on the type of transmitted signals: continuous-wave (CW) radar and pulse radar.

Both types of radar have various sub-categories. For example, single-tone CW radar, FMCW radar, and FSK radar are types of CW radar. At higher frequencies of transmitted signals, a radar’s detection sensitivity and resolution improve; this is why FMCW radar chips in the millimeter-wave range have become quite popular for road safety.

The capabilities of the radar system are continuously expanded by phased array, digital beamforming, and multiple-input multiple-output (MIMO) techniques.

Because phased array is a costly technology, its adoption in the automotive industry has been a concern, which is why radar use was initially limited to advanced military systems such as F-35 fighter jets. With RFISee’s radar-on-chip solution, the receivers ensure a much-improved radar image, a better signal-to-noise ratio, and a detection range of obstacles such as cars and pedestrians that Vayyar says is six times broader compared to existing radars.

Prototypes of RFISee’s radar are under evaluation by top automotive OEMs and Tier-1s, the company says. 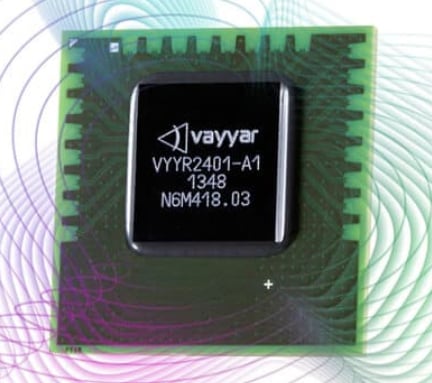 Another startup from Israel, Vayyar, has recently developed automotive-grade radar chips based on MIMO technology. The chip covers imaging and radar bands from 3 GHz-81 GHz with 72 transmitters and 72 receivers. Enhanced by an integrated, high-performance DSP with large internal memory, Vayyar’s sensor executes complex imaging algorithms without any need for an external CPU.

Vayyar also produces radar-based imaging solutions for applications such as smart homes and robotics. In comparison, the phased array-based radar system from RFISee is targeted specifically at automotive applications.

In medical applications, radars can detect small dielectric discontinuities inside the human body and small organ movements. This allows radar systems to identify many health conditions, including tumors and cardiorespiratory conditions. One promising alternative to breast cancer detection is UWB radar instead of X-rays.

Another important application of radar in biomedical devices is contactless health monitoring. The radar is used to transmit an RF signal to a person and receives the reflected echo, which detects the person’s speed and absolute distance.

This application is useful when a person falls and is unable to call for emergency assistance by phone or a call button. In these situations, a device that can detect the fall and call for medical care can be lifesaving.

Last week at IEEE RFIC, researchers from Imec presented a compact and energy-efficient 60 GHz radar system that can be integrated into smart health devices such as smartphones, health monitoring systems, or wearables.

“The radar enables such devices to sense their surroundings, which will shape the way in which we control and use these devices,” says Barend van Liempd, program manager of radar technology at Imec. “For instance, a phone with integrated radar on your bedside table can monitor sleep quality by contactless tracking of breathing rate and heart rate variability,” he explains.

What’s In the Future for Radar Chips?

Radar chips have found solid ground in the automotive industry and are available in a host of consumer devices at low costs. Various auto-manufacturers are employing radars in their own ADAS technology. The ultimate benefit here is public safety on roads.

The boom of radar chips in biomedical devices, by contrast, remains distant. Certain organizations have found good use of radar sensors to monitor building occupancy during COVID-19. The radar systems in these smart buildings can measure room occupancy for social distancing and even monitor the heartbeats and temperature of individuals for infection.

Considering the outbreak of COVID-19 where the world did not have the infrastructure to effectively control the spread of disease, technologies such as radar systems may yield immense benefits in biomedical devices in the future.

Marine food webs could be radically altered by heating of oceans, scientists warn

🔥 Looking out from Rough Ridge trail on the Blue Ridge Parkway in NC, USA

🔥 Looking out from Rough Ridge trail on the Blue Ridge Parkway in NC, USA