SIL: It Is Time To Buy Silver Miners

As can be seen in the following chart, the Global X Silver Miners ETF (NYSEARCA:SIL) is in the midst of a multi-week pullback with shares unable to see a sizable trend emerge since August.

At present, I believe it’s a great time to buy the ETF and investors should treat the recent trading in the instrument as a pullback in a longer uptrend. Specifically, I believe that silver miners are likely to rally substantially over the next year on the back of strong silver prices and that investors should consider holding the ETF to capture this upside.

Prior to getting into an analysis of silver itself, let’s take a look under the hood at exactly what SIL does as an ETF. Put simply, SIL is an ETF which is tracking the Solactive Global Silver Miners Total Return Index net a 0.66% expense ratio.

HAVE A PEAK AT THIS

This index is provided by the German firm Solactive and holds between 20 and 40 silver mining companies. The holdings in the ETF are weighted by market cap with the largest holding (Wheaton Precious (NYSE:WPM)) currently at a little over 21% of the fund.

The fund has broad exposure in terms of geographic reach; however, about half of the market-cap weight is found in Canadian companies. 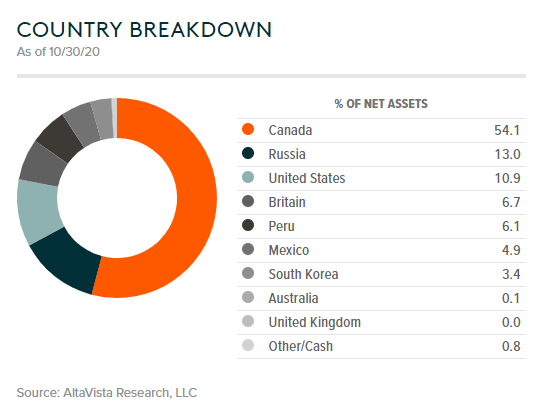 Put simply, SIL is a broad ETF which is tracking a global basket of silver producers. Each firm has a different set of operations and strategies they employ to produce silver; however, all share a common revenue stream: the price of silver. This said, if you can understand where silver is likely going to travel, then you’ve got a pretty good idea as per how SIL will perform over a certain period. But don’t take my word for it: here are the historic correlations between changes in silver and changes in the price of the SIL ETF. 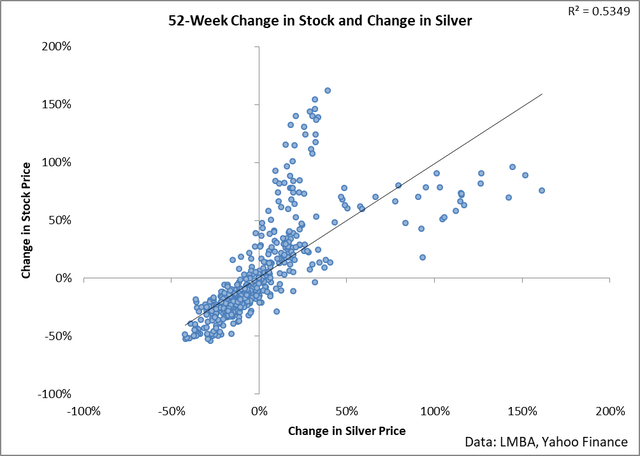 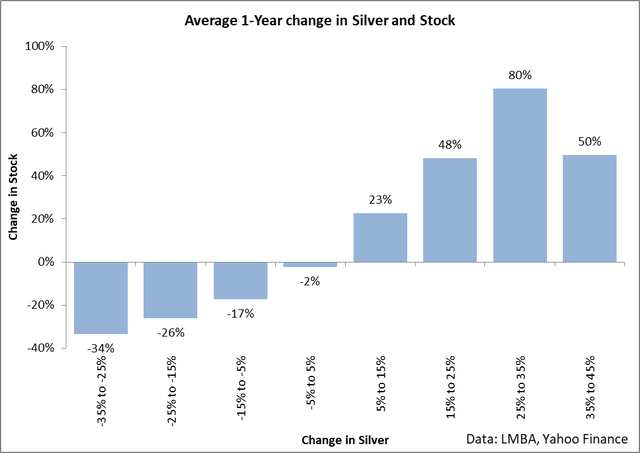 What this data essentially tells me is that if you have a bullish view on silver over the next year, then buying SIL is a good play. As we’ll discuss in the next section, I am quite bullish silver and therefore believe that investors should buy silver miners.

One of the key variables which I have found to drive silver prices is the clear relationship between changes in the volatility of the stock market and future changes in the price of silver. 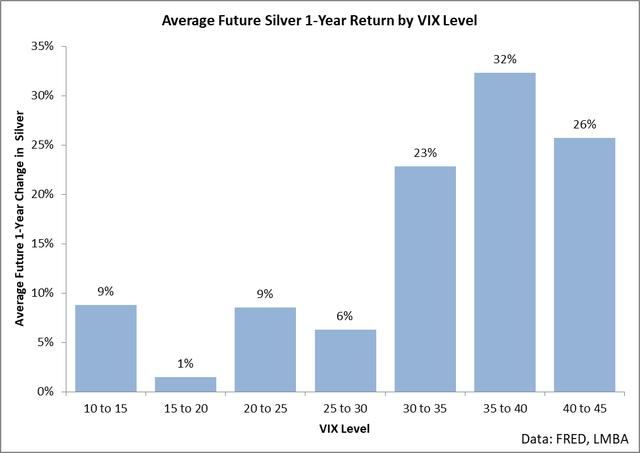 What this chart shows is the average one-year return in silver grouped by what the VIX was reported at in any specific time frame. If you’re unfamiliar with the VIX, it is an index which is calculated from options on the S&P 500 and is thought to reflect fear levels in the market. The reasoning behind this statement is that since fearful investors tend to buy options to protect their portfolios during periods of market uncertainty, the VIX will normally be rising when the stock market is falling.

For silver investors, the above data would say that you should look to be exposed to silver when markets are volatile. The key fundamental driver in my opinion is that investors tend to really only consider shifting capital into safe-haven assets like silver when they feel the need for safety. And given that the VIX has recently been as high as 40 last week, fear and volatility levels are certainty high.

From a historical probability standpoint, the numbers support a bullish view on silver with 83% of all prior periods in which we’ve seen the VIX around the levels seen last week have resulted in silver rallying over the next year. The numbers are strongly skewed to the upside in that when silver rises following similar VIX levels, it does so by an average gain of 41%. Conversely, of the 17% of occasions in which silver has historically fallen, it has only moderately done so with an average decline of 1%.

Put simply, I believe the odds strongly favor a bullish view in silver. Not only is that the case, but also historically speaking a silver rally of perhaps 20-30% would be average movement to be expected given the recent VIX levels. Under this type of an environment, shares of SIL are likely going to outperform the underlying changes in the commodity.

Another reason to be bullish silver at this time is the clear correlation between past changes in silver and future changes in the commodity. 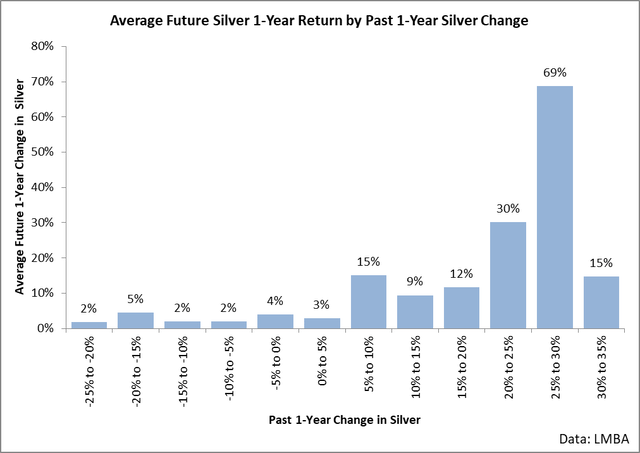 In this chart, I’ve calculated the average future one-year return in silver grouped by the past one-year change in the commodity. Put simply, investors in silver tend to chase momentum which leads to further gains on average.

For example, given that silver has rallied by about 30%, the historical data would show that we likely will see additional gains in the next year. I’m always skeptical when I see a fairly large average return, and in this case, a few data points are pulling up the average and are therefore not fully representative of a fair expectation of the future in my opinion. But this said, from a momentum standpoint, it’s probably fair to say that the data suggests that based on past one-year returns, we could see silver rally by 15-30% over the next year.

Put simply, I believe the data is strongly supportive of a bullish view on silver. And given the clear correlations between changes in silver and changes in SIL, an investment in SIL is likely going to perform well over the next year. Additionally, the data also shows that given an expected rally in silver of 15-30% in the next year, SIL is probably going to outperform silver itself, making it a strong investment choice.

SIL holds a diverse basket of silver producers and has historically exhibited strong correlation with changes in the commodity. Momentum and volatility factors suggest that silver is going to perform strongly in the next year. Historic data suggests that SIL will outperform silver over the next year based on expected returns in the commodity.

DOJ says it is suing for the forfeiture of $1B+ in bitcoin, seized on Tuesday, related to the Silk Road marketplace (Olga Kharif/Bloomberg)

2021 Audi E-Tron GT and RS Are Coming, RS Will Be “Strongest”-Ever Audi

2021 Audi E-Tron GT and RS Are Coming, RS Will Be “Strongest”-Ever Audi

NASDAQ index taking it on the chin