Micron: Turnaround That Does Not Turn

Once we consider Micron’s prospects to generate free cash flow over the coming twelve months, given its earmarked $9 billion in capex, it becomes very difficult to eye up solid free cash flow on Micron’s horizon.

There’s no question that Micron has come back from its horrendous performance earlier in fiscal 2020. But that’s done and dusted now. What we have to consider now is what lays ahead for Micron?

What We’re Reading: Generals and Trades 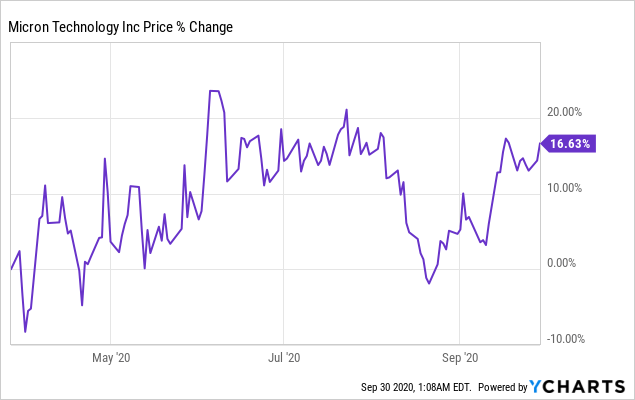 On the one hand, we can see that Micron’s revenue growth rates have improved and returned to positive territory. On the other hand, Micron’s shares have also meandered higher these past six months — even if only slightly.

When the business is gaining traction, and growing its revenues, its gross profit margins expand and pull up its bottom-line profitability and free cash flow.

Conversely, when Micron’s top line is stagnating, Micron’s gross profit fails to stay high. Hence, as we can see above, very close to the highest end of its Q1 2020 guidance, its non-GAAP gross margins take a step down from 35% Micron reported for Q4 2020. 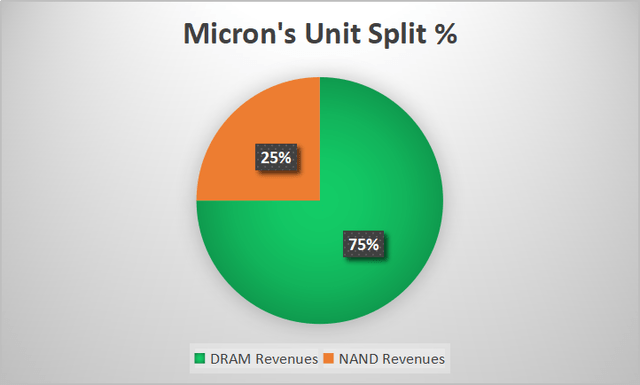 Not only are DRAM components a much larger portion of Micron’s revenues, at approximately 75%, but DRAM also commands meaningfully higher margins than more commoditized NAND chips.

Even if there’s a slow and steady economy progression where certain sectors are seeing some strength, overall Micron echoes the sentiment seen at other companies, where customers are lowering their IT spend, and where possible customers that are not forced to upgrade their IT are delaying it.

Valuation — Micron is Still Not Expensive!

To be clear once again, I’ve not called it a day on Micron because I considered the stock to be overpriced. This was not the rationale here.

I’ve called it a day because I want to deploy my capital to where I see the biggest discrepancy between the present price and future possible valuation.

I want investments that so clearly have a chance of working out tremendously well over the next two to three years. I want to see a large runway, where the business can grow its earnings power so that the underlying value of the business is one where it makes stronger free cash flows — that’s the key to drive future growth.

It means, that there’s a clear and unquestionable path towards growing free cash flow on the horizon. I don’t see this potential taking place with Micron, at a level where I feel highly confident that it could grow its free cash flow stream.

Moreover, Micron notes that it has reduced its projected capex from its pre-COVID expectations. Accordingly, Micron now guides its capex to be $9 billion in fiscal 2021, after a step down from its original expectations.

With $9 billion in capex requirements, I struggle to see how Micron is capable of generating any free cash flow in fiscal 2020.

Even if we make the bold assumption that Micron starts to turn around in earnest as it makes progress into calendar 2021, once it gets past its fiscal Q1 2021 guidance, I don’t see a realistic and well-reasoned argument for how Micron could return towards making anywhere near $4 billion in free cash flow it once did.

And even if Micron somehow manages to do so, this would already leave Micron trading for very close to 14x this future highly optimistic free cash flow.

In the event that Micron’s free cash flow would only reach $2 billion — still a very generous assumption — this would leave Micron today being priced for close to 28x future free cash flow.

Paying such high multiples for Micron is not justifiable. Micron is not a high growth business, with inbuilt high and stable profit margins, with a strong moat where investors are justified to pay such a high multiple for its ephemeral free cash flow.

My Marketplace highlights a portfolio of undervalued investment opportunities. Stocks with rapid growth potential, driven by top quality management, while these stocks are cheaply valued.

As an experienced professional, I highlight the best stocks to grow your savings: stocks that deliver strong gains.

Older Americans are selling the stock market, slowly but ceaselessly, to junior generations