Keeping Power Integrity a Priority With the Right Capacitor

According to TechPowerUP, the root cause of these issues appears to be a variance in the selection of the capacitors supporting the power network. Various vendors with unique hardware designs are responsible for NVIDIA’s RTX lineup.

This fundamental fault is a testament to the paramount, ongoing place of some of the most basic components in circuit design. In this article, we’ll review the importance of power integrity in high-speed design, parameters for choosing the right capacitor, and recent capacitors on the market that ameliorate the supply chain shortage of passives.

Power integrity fundamentally involves maintaining a voltage specification, which is distributed to the power rails (VDD/VSS) of a load device under changing current demands.

The power delivery network (PDN) comprises a voltage regulator module, real-world capacitors’ (ie. with inherent parasitic parameters) resistances and inductances, and other PCB elements. The elements of the PDN are frequency-dependent and must be taken into account during design.

Digital systems are nominally switched square-wave impulses of a fast, but finite rise time. According to the Signal Integrity Journal, the bandwidth of a digital pulse is approximately 0.35/rise-time (ns). The higher frequencies of these impulses affect the total impedance of the PDN.

Capacitors have a lower impedance with increasing frequency and counteract the inductive rise in impedance, which contributes to the maintenance of stable voltage rails.

Istvan Novak, a PI expert who spoke with Judy Warner of the Altium OnTrack podcast in July, discussed how engineers are facing increasing power integrity issues and how power integrity is becoming the principal issue in high-speed design.

The recent troubles with NVIDIA’s AICs manufacturers appear to echo Istvan’s concerns about “power integrity being an afterthought.”

Whether your design includes capacitors to provide a DC block for a car radio or for power integrity considerations, there are many key parameters that affect capacitor selection, including:

Additionally, the number and type of capacitors required to optimize a PDN is a key design decision.

The following manufacturers are providing a wide range of capacitors to suit designers’ needs.

New Yorker Electronics recently reported the release of Exxelia, a new family of hardened capacitors aimed at the aerospace, military, and oil/gas industries. These new film capacitors (with capacities of 0.22 uF to 1.0 uF) feature voltages handling thresholds of up to 800 V and temperatures ranging from –55.0℃ to +200℃, making them a useful option for harsh operating environments. 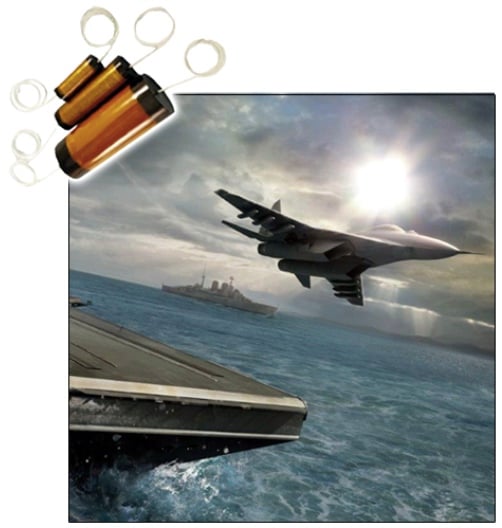 TDK also announced a new series of 1206 (3216 in metric) and 0805 (2012 in metric) multi-layer ceramic capacitor (MLCC) packages, which feature capacities of 22 uF. These devices are said to meet the high-reliability stress-test standards of AEC-Q200 automotive standards in form factors that provide a competitive ratio of capacitance to board density. 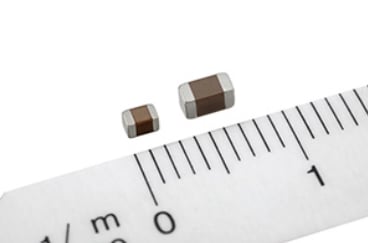 TDK provides an example of the physical size for their new 22uF capacitors. Image used courtesy of TDK

Finally, KEMET has unveiled the new R52 series capacitors, which the company claims to have volumes 60% smaller than the current X2 film capacitors on the market.

X2 capacitors are a class of safety capacitors, which bridge connections line to line, providing voltage stability in the presence of changing load conditions. They are designed to operate in environments in which stringent safety concerns must be met.  An overview of these capacitors was the feature of an AAC technical brief on Class-X and Class-Y capacitors.

In addition to the reduction in size, the KEMET X2 safety capacitors feature a large capacitance value for their package size (22 uF) and are applicable for long-life conditions in harsh environments. According to KEMET, they address “size, capacitance, and reliability challenges for design engineers across multiple industries.”

The Increasing Demand for Capacitors

Graham Scott, Vice President of Procurement for Jabil, writes that currently, “many suppliers are quoting lead times of 20–30 weeks for MLCC capacitors.” However, these new announcements indicate that the ongoing drought in the passives supply chain may be ending.

Capacitors are a hot topic in 2020 as manufacturers release new passives that operate in harsh conditions in which extreme heat and cold will test the durability of electronic systems. The continual improvement of MLCC capacities also means that more capacitance can be packed into a smaller footprint on the PCB, providing additional system reliability.

Sosa Geek: Drake Reached Out to Me to do 'Demons' with Fivio Foreign (Part 4)