In For The Road Trip With The Travelers Companies

The Travelers Companies (TRV) is one of the oldest insurance organizations in the United States dating back to 1853. The company offer a wide range of personal and casualty insurance to businesses, governments, and individuals. With the insurance business being very competitive on price, service, products, relationships, and distribution Travelers scale gives it great positioning. Of the 1,130 property/casualty insurance groups in the United States the top 150 make up 93% of premiums, and Travelers placing at 6th in net premiums written means it’s got solid placement. The past few years have seen rising combined ratios due to catastrophes, but over the long term Travelers still present good value at the current price. 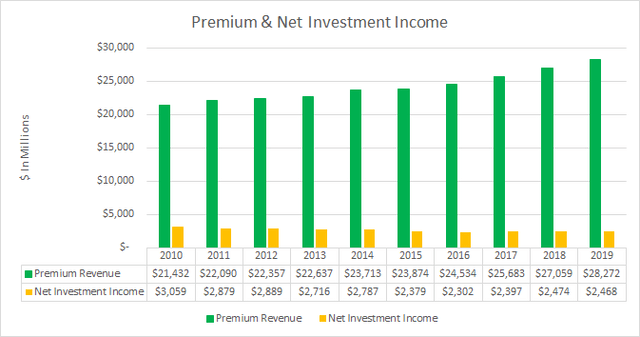 For a business involved in something like insurance I like to look over the long term financials to even out erroneous events in a signal year. As can be seen above total revenue over the past decade has grown at a 2.32% clip. The major generator of this growth was premium revenues, as to be expected. Premium revenue grew at a CAGR of 2.81% while net investment income declined at a rate of -2.12% due to the after tax yield falling from 3.4% to 2.8%. Net income is lower than the start of the decade but has fluctuated quite often. 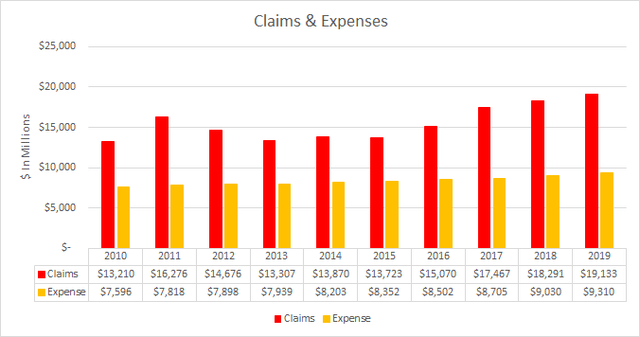 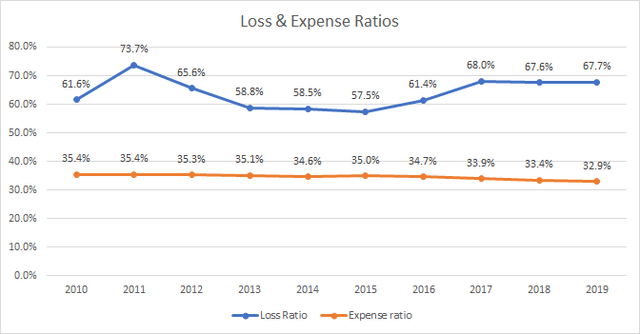 While premium revenues have increased almost every year, the net income fluctuations are attributable to claims vary each year. Looking at the first chart above shows that correlation between increased claims and less net income. As can be seen 2011 was a specifically bad year with a 23% increase in claims due to increases in catastrophe losses from Hurricane Irene. The past three years have also been subpar with several bad hurricanes and large wildfires in the United States. Overall, one must look over the long term average to get a good sense of the general business operations as weather is unpredictable. With that being said the average loss ratio over the decade is 64%, meaning Travelers in making on average 24 cents on every dollar of premiums sold. Now looking the expense ratio, we can see it has been very stable at around 35% and recently has trended downward. This shows it has been less expense to acquire, underwrite, and service products. 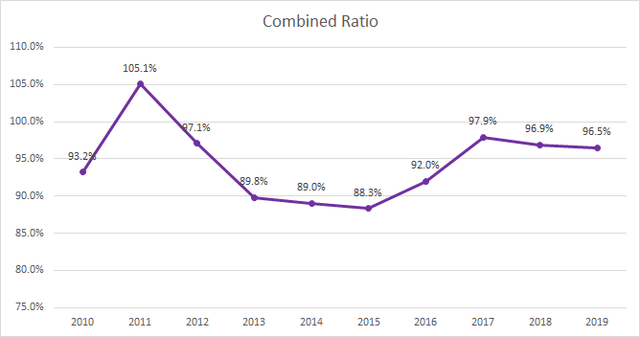 Presented above is the combined ratio as stated by Travelers in yearly filings. This ratio is very important as it shows the losses and expenses as a percent of premiums earned during a year. Again, as can be seen in 2011 Travelers on average actually lost 5 cents per dollar of premium. Over the decade, the average combine ratio come in at 94.6%. This is good, as it shows that Travelers makes money on its premiums over the long term.

Also to note is that the average 10 year ROE is 11.40%. To me anything above 10% is good, as it shows the business is covering the cost of capital. Along with this, the company has a debt to total capital excluding unrealized investment gains of 23.2% and a debt to equity of 3.21x as of the most recent quarter. 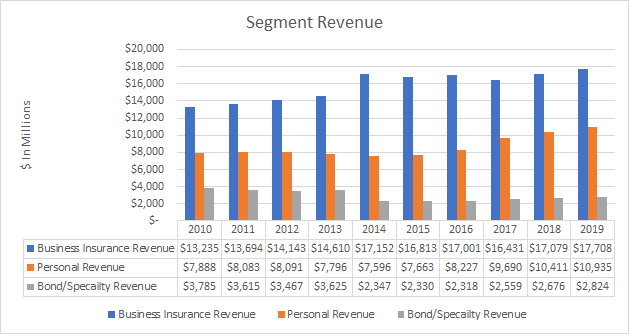 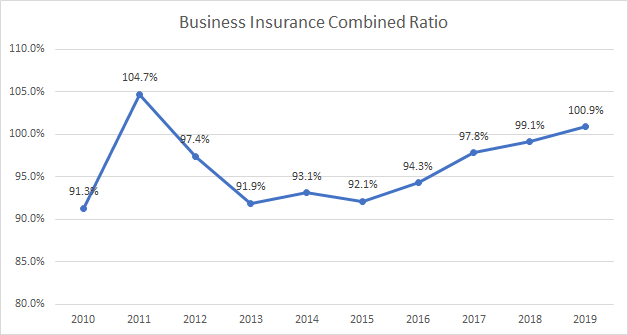 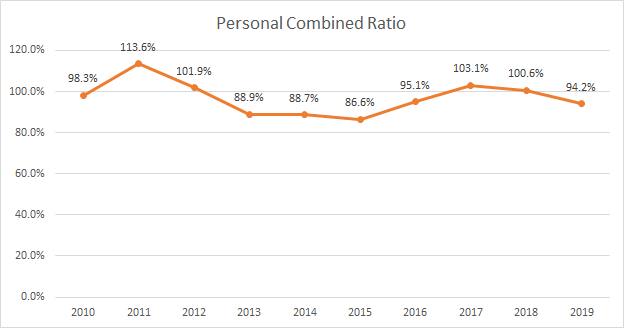 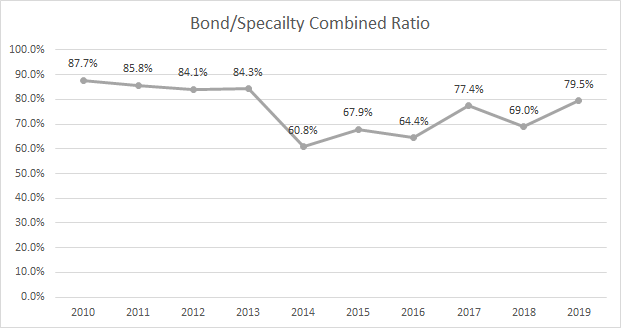 Insurance companies are often good investments if bought at the right price as these businesses can make money of the float. But the business has to remain in proper standing with its operations. Travelers has seen an increase in claims over the past three years which has raised the combined ratio. But with a long term view the company has performed very well over the past decade. Many of the increases in claims are due to catastrophes in the business and personal insurance segments. I think that this medium term headwind can be a good place to buy into the business. With the valuation down 23.3% over this year the company is trading at a 13.38x 10 year average P/E and 1.06x book value on top of a 3% yield.

Disclosure: I/we have no positions in any stocks mentioned, but may initiate a long position in TRV over the next 72 hours. I wrote this article myself, and it expresses my own opinions. I am not receiving compensation for it (other than from Seeking Alpha). I have no business relationship with any company whose stock is mentioned in this article.

Sosa Geek Shows How to Do His "Woo Walk" Dance, No Similarity to Tekashi's Dance (Part 2)